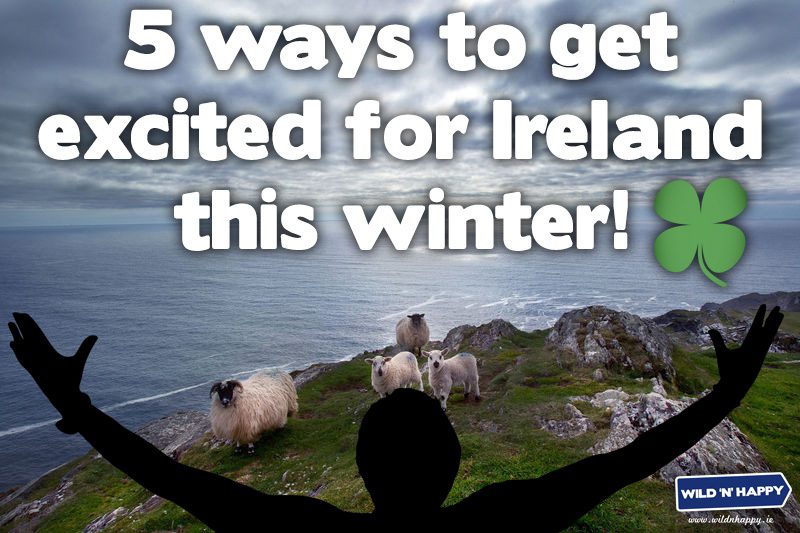 Close your eyes for a minute and picture yourself on a plush couch, wrapped in a wooly blanket, feet up in front of a roaring fire, and a cup of mulled wine in hand. Mhmmm all this and more awaits you in Ireland this winter. We are excited for winter and hope you are too! Here are some things that will get you doing an Irish jig all the way from your home to ours.

Join on the opportunity while it lasts! There are some really great deals going right now, for both flights and accommodation. Let’s first talk about Aer Lingus. They are trying out this new thing, where they sell really cheap flights. Cool!!!! While they are leaving all the bells and whistles at home, they will gladly take you from A to B, provide an on-flight meal and entertainment, and a free 22 lb. carry-on bag. Check out the deals now! Want an even cheaper deal? Then Wow Air is your solution. Their fares will leave you saying “that can’t be right… “ but believe us it is! Just know you will have to pack a picnic, but this may be your one chance to share a meal with a colonial woman churning butter! (Check out the film Bridesmaids to understand this one!)  Looking for cheap deals from Europe? Check out Ryanair’s (https://www.ryanair.com/ie/en/)website for the latest cheap flight offers to the Emerald Isle. Many routes operate all year round and it’s this time of the year, where you can bag a serious bargain! One of the most exciting new routes to Ireland is the direct service between the capital of Germany, Berlin, and the heart of Ireland’s magic south-west Kerry Airport.( http://kerryairport.ie/website/) Head to Ryanair’s website to find yourself an amazing fare and pack those bags!(https://www.ryanair.com/ie/en/plan-trip/explore/cheap-deals) Aside from great flight deals, there are a lot of off-season deals whether its accommodation or a day tour. Not to mention, you don’t have to worry about traffic on the Ring of Kerry or waiting in line for the Cliffs of Moher. They will be all yours!

These movies show all different sides to Ireland; lovely green scenery, pub romance, and knee-slapping comedy. And if you aren’t careful during your time in Ireland,  you may very well just end up as an extra in the next film! Star Wars Episode VII: The Force Awakens While this movie isn’t necessarily about Ireland, it is filmed off the coast of Kerry in the Southwest of Ireland. It is very worthwhile checking out to give you an idea on what type of landscapes to expect. Not to mention, you can actually visit the sight where the film was made!

P.S. I Love You While Gerard Butler may not have mastered the Irish accent fully, he made all our hearts skip a beat. This movie is a beautiful representation of Ireland and one woman’s journey to find her feet again after the tragic loss of her Irish husband.  It will leave you crying one moment to feeling warm and fuzzy the next. Watch out, you may just find the love of your life here! Tommy Tiernan I would definitely recommend watching some Irish comedy before heading over. This may help prepare you for the witty yet sarcastic sense of humour the Irish have or it could leave you more confused on what people actually do on this small island. Well there’s only one way to find out- watch him on Netflix!

The Irish are known for their witty, lyrical prose thanks to the likes of Jame Joyce and Oscar Wilde. While I definitely suggest reading some of their works, here are few others that are just as remarkable. Exploring Ireland’s Wild Atlantic Way: A Travel Guide to the West Coast of Ireland by David Flanagan and Richard Creagh This book is your go to guide for everything you need to know about Ireland’s most iconic route down the west coast, the Wild Atlantic Way. With over 2,500 km to explore you will definitely need a guide to narrow down which parts peak your interest the most! An Unsung Hero: Tom Crean- Antarctic Survivor by  Michael Smith There is no other explorer quite like Tom Crean who happened to be in the right place at the right time to be find himself on a historic Antarctic expedition. Crean is one of the toughest characters you’ll ever read about and was monumental in Antarctic discoveries. And if you are wondering why there is a pub named the South Pole Inn in Annascaul, a tiny town in the middle of Southern Ireland. Well that was Tom Crean’s stomping grounds growing up!

The Islandman by Tomas O’Crohan Written by a Blasket Island resident, this astute and humorous account of life on an island off the West coast of Ireland depicts a community that withstood time. As a rather primitive way of life, time was past with story-telling, music, and literature. Unfortunately, these creatives were evacuated from the island just after World War II, for it was believed that life became too tough on the island and all of the younger generations had fled for opportunities else where. This is a must-read to really understand how life in Ireland used to be.

This about every weather report ever given in Ireland. So instead we have a little trick for forecasting the weather here in Ireland: 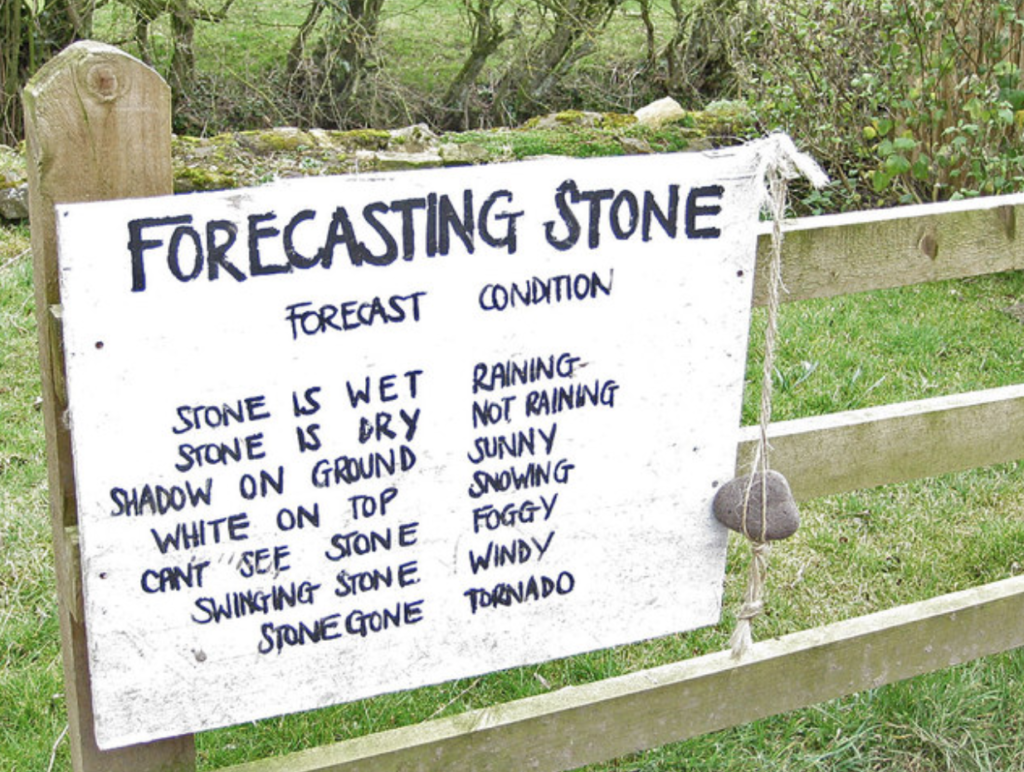 I will say the winter here can be chilly as in close to freezing, but with that you have a wonderful excuse to go shopping to get some gear to wear on your trip! Here are some essentials to get you excited to flaunt what you got and maybe impress a leprechaun here or there. The MAN scarf Check out how cool these guys look. This could be you. Gear up and get a scarf, you won’t be regret it. 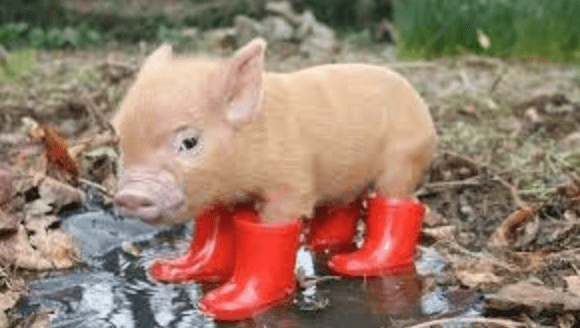 By the time you leave Ireland, you will be quite the connoisseur! But in order to come to Ireland prepared and ready for action, I suggest you do a bit of sampling yourself prior to your visit. Here are couple of recipes you should try out: Hot Whiskey: some call these “hottie totties” but either way this is a quick way to warm up after a day out in the cold. Just pour in a shot of whiskey, I would suggest Rebreast 12-year-old Single Pot Still, some sugar, hot water, and a couple cloves stuffed into a lemon slice. And voila you will be as warm as a sheep in the middle of the summer. Irish Coffee: a classic of course, you will definitely need to practice having some of these before you head over! The trick to a good Irish coffee? Make sure the coffee settles before adding the cream on top! Lastly, there are a lot of distillers dispersed throughout Ireland that you can go and visit. Make a list of your favorite and try to stop by them along the way. It will make for a fun addition to your road trip! As famous as it is, the Jameson Whiskey Experience in Midleton, Co. Cork is really cool experience and they don’t skimp on the tastings after. 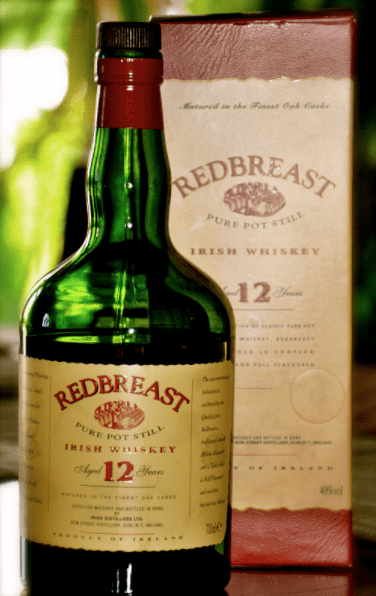 Can’t wait to see you in Ireland this winter! Check out our website for some super deals coming up this winter. ~ Tara